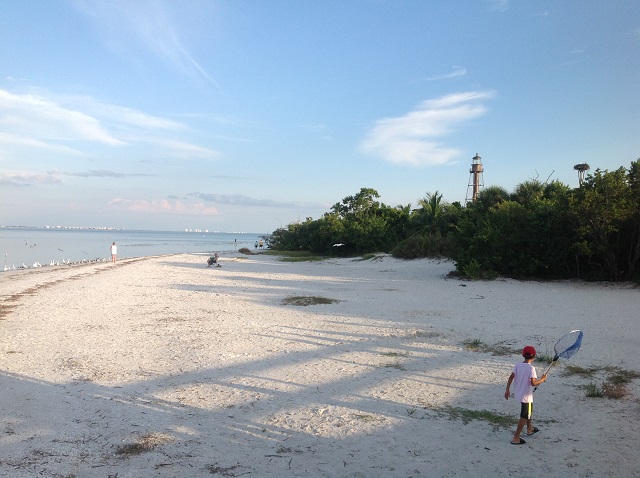 This small site at the eastern tip of Sanibel Island boasts an incredible list of birds; more than 200 species have been recorded making it one of Lee County’s premier birding hotspots, especially during spring migration. Arrive at sunrise after weather patterns produce a large migration event and you could witness one of the most phenomenal fallouts anywhere on Florida’s coastline. Late afternoons are not a bad time to visit either, as birds are moving about in anticipation of the coming flyout at sundown. Over 35 species of wood-warbler have been recorded at the park including Blackburnian, Chestnut-sided, Hooded and Magnolia. On a good spring migration day expect to see a plethora of songbirds such as Swainson’s Thrush, Rose-breasted Grosbeak, Indigo Bunting and Acadian Flycatcher. Rarities such as Warbling Vireo, MacGillivray’s Warbler, Mourning Warbler, and Townsend’s Warbler have been spotted. And it’s not just songbirds that will entertain you here; Snowy Plovers can be found throughout the year and raptors like Peregrine Falcon, Merlin and Sharp-shinned Hawk pass overhead. In spring, this is a site is a must if you’re visiting Sanibel Island.