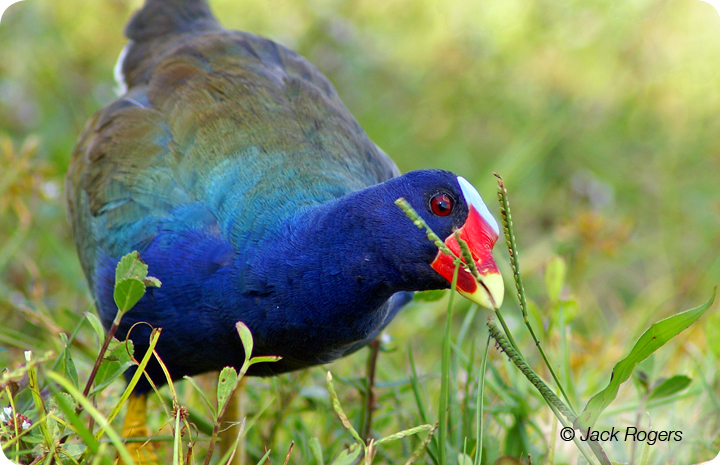 This beautiful tropical marsh bird can be found throughout much of the state but it is most common from Orlando south to the Everglades. They prefer freshwater marshes with dense stands of floating plants such as water lilies. They spend most of their life walking around these marshes, seemingly able to walk on water! Their large feet help spread their weight preventing them from sinking. Amazingly, this bird does migrate in spite of its somewhat awkward flight. They often stray as far north as Canada and remarkably they have even been recorded in Europe!