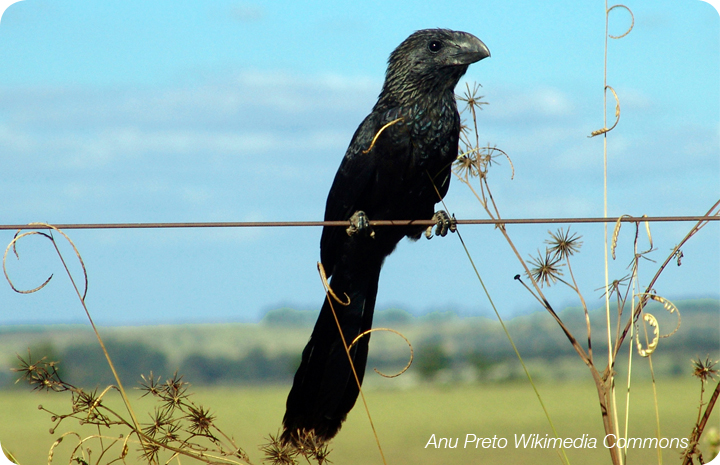 The Smooth-billed Ani is a cousin to the cuckoos. With iridescent black feathers, it might be mistaken for a crow or a grackle from a distance, but the bulky bill distinguishes it. This is a gregarious bird with lively behavior, dipping and wagging its tail, hopping and bounding along the ground. They nest communally, working together to construct a large nest in which all the females of a group lay their eggs. They can be quite secretive, but will often perch in plain view for several minutes at a time, allowing a nice look. The Smooth-billed Ani population in Florida has declined in the last decade and may have even disappeared as a breeding bird. There have been several recent sightings of them in South-east Florida at sites such as Loxahatchee National Wildlife Refuge and Bill Baggs State Park.