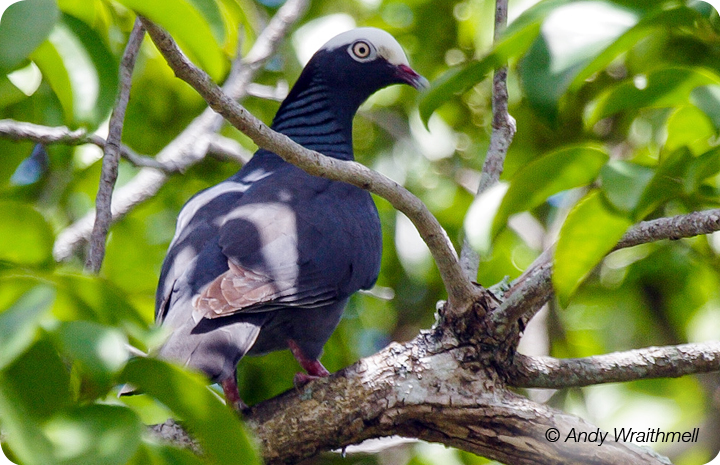 Florida has a population of approximately 7500 White-crowned Pigeons. They are most commonly found in the Florida Keys, frequenting wooded habitats. To avoid nest predators like raccoons they nest on mangrove islands and fly inland to feed in tropical hardwood forests, sometimes making an over water journey of up to 30 miles. During the nesting season they feed on the fruit from fig trees, poisonwood and cocoa-plum. White-crowned Pigeons are agents of seed dispersal and, thus, regeneration for imperiled tropical plant communities. In winter, most of Florida’s White-crowned Pigeons migrate to the Bahamas but they can also be found in the Lower Keys.