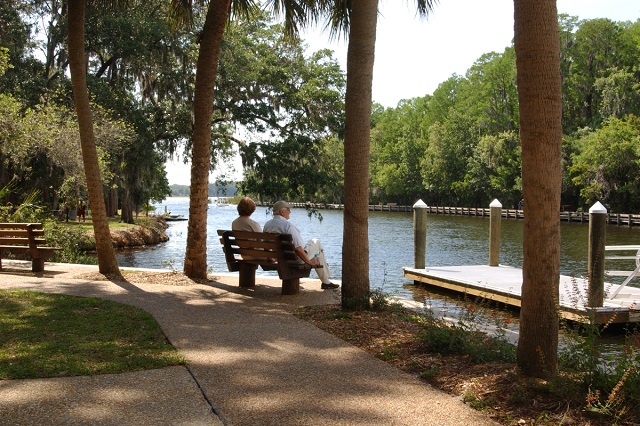 This site on the southeast shore of Lake Tarpon has traditional recreation areas as well as quieter spots perfect for the birder and nature enthusiast. Three short nature trails with shell footpaths wind through pine flatwoods and oak hammocks; boardwalks lead through cypress edge and freshwater swamp to Brooker Creek. Climb the 40-foot observation tower for a great view of the lake. The North Trail Loop connects to a canoe trail (bring your own), and in the southern portion of the park, the Peggy Park Nature Trail follows the lake edge and creek. Watch for freshwater turtles, Limpkin, Black-crowned Night-Heron and other wading birds feeding along the shoreline. Check the boardwalks for songbird flocks in migration (nearly 30 species of warblers are possible, including Ovenbird, Golden-winged Warbler and Cerulean Warbler; plus Acadian Flycatcher, Veery and Orchard Oriole) and during winter (Gray Catbird, Ruby-crowned Kinglet and Eastern Phoebe). Flyovers of Short-tailed Hawk and Sharp-shinned Hawk are possible; Bald Eagle sightings are fairly regular August through May. Check the lake for ducks and American Coot in winter and for Least Tern in summer. The lake edge can be good for Marsh Wren in winter as well. Rarities such as Greater White-fronted Goose, Olive-sided Flycatcher, Red-breasted Nuthatch and Western Tanager have been spotted.