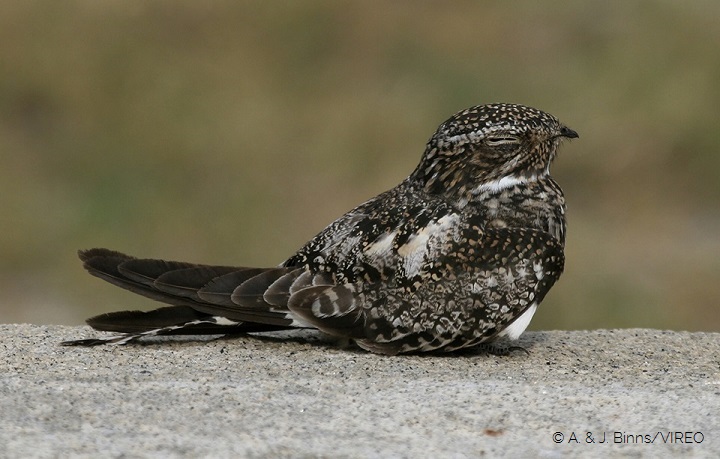 Often called the “Mosquito Hawk” this bird flies gracefully through the night sky catching moths and other insects in its oversized mouth. Up until about 70 years ago this member of the nightjar family was considered a sub-species of the Common Nighthawk due to its similarity. However, their calls are noticeably different; “killy-ka-dick” for the Antillean and, “peent” or “beer” for the Common Nighthawk. One must travel to the Florida Keys from May to July for an opportunity to see and/or hear the Antillean Nighthawk. Listen for the males’ distinctive call from dusk until dawn in semi-open habitats including pastures, fields and coastal strand.