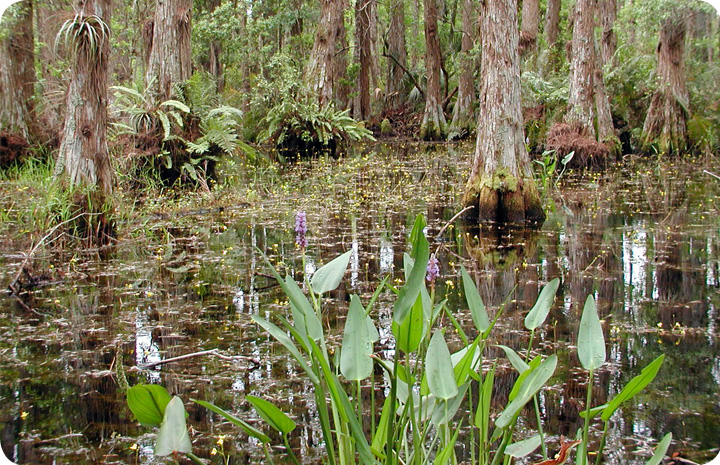 Forested wetlands border large rivers, creeks, and lakes, or occur in depressions as circular domes or linear strands where the water table is close to the surface. Along rivers (particularly in north FL) these communities may be dominated by hardwood species such as bays, gums, maple and tupelo. In other areas they are strongly dominated by either bald cypress or pond cypress, the most flood-tolerant tree species in Florida. Cypress trees have “buttressed” roots for stability in soggy wetland soils and “knees” to help the trees “breathe” in flood conditions. Understory and ground cover are usually sparse due to frequent flooding but sometimes include such species as buttonbush, lizard’s-tail, and various ferns. Prothonotory Warblers, Limpkins and Wood Storks are common swamp residents.