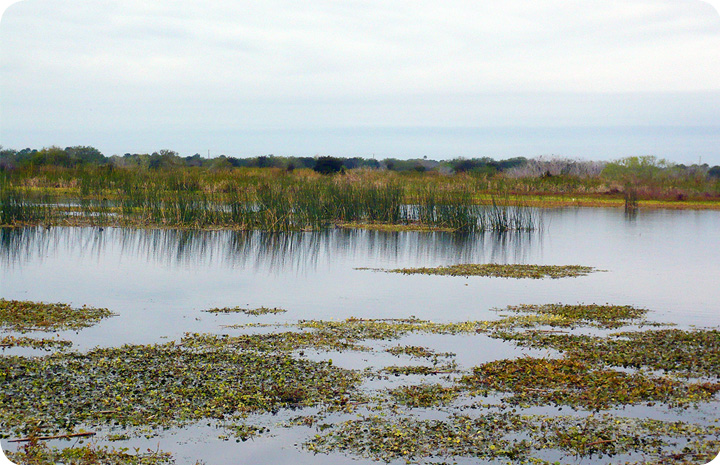 A wetland that lacks trees and is dominated by grassy species is called a marsh. Usually this habitat develops when flooding is more consistent than in a swamp. Floating plants like American lotus, duckweed and watershield are common along with the grasses that emerge out of the water. Pickerel weed and sawgrass, cattail and fire flag are also common. One of the most famous examples of freshwater marsh is the Everglades. Wet prairies are scattered, shallow depressions within dry prairies and flatwoods that are periodically flooded. These are dominated by aquatic grasses. Some birds, like Limpkins and Snail Kites, are considered particularly dependent on wetlands like freshwater marsh and wet prairie.