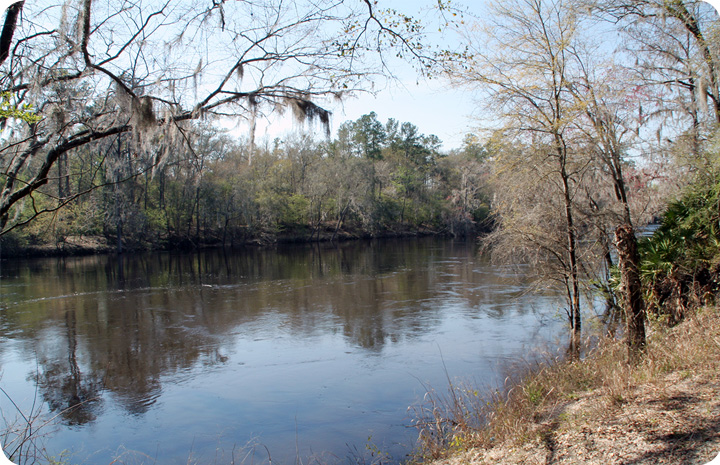 There are many freshwater habitats in Florida, from clear spring runs to large rivers and freshwater lakes. About 6% of the area of the state is covered by lakes that are at least an acre in size – collectively the area of Lake Ontario. There are literally thousands of small lakes, plus a few large ones like Lake Okeechobee, Lake George, and Lake Apopka. There are about 1700 rivers in Florida and more than 300 springs. Some springs flow strongly enough to form crystal clear rivers, other rivers receive more surface flow from rainfall. Some of these rivers like the famous Suwannee may be tinted the rich color of tea from the effect of tannin in leaves. Rivers that lie near the coast are influenced by ocean tides and can have varying amounts of salt water near the mouth, but are fresh farther upstream. The fresh water of lakes and rivers harbors many fish species, which attract birds that prey on them (such as Osprey and Anhinga), as well as ancient species like the Sturgeon or Alligator snapping turtle.  Resident waterfowl such as Fulvous Whistling Duck.