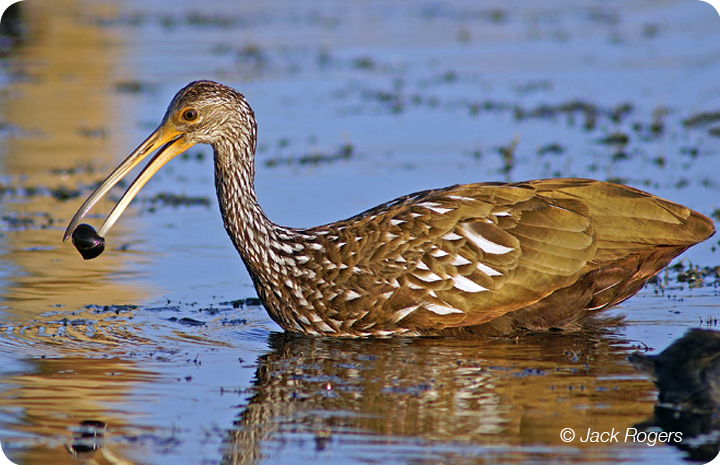 The Limpkin is probably best known for its voice, described as a piercing repeated wail, “kreeow, kra-ow,” often heard in the background of old Tarzan movies. As the Limpkin walks through shallow water, it uses sight and touch to search for apple snails, mussels, worms and insects. Its curved bill fits perfectly into a snail shell, allowing the limpkin to deftly extract the mollusk. Historically, hunting took its toll on the number of Limpkins in Florida. Today its population in the state is fairly stable. The main threats to Limpkins are wetland drainage and anything that diminishes apple snail abundance. In some areas, thick mats of exotic plants, such as water hyacinths, prevent Limpkins from finding snails and other foods.