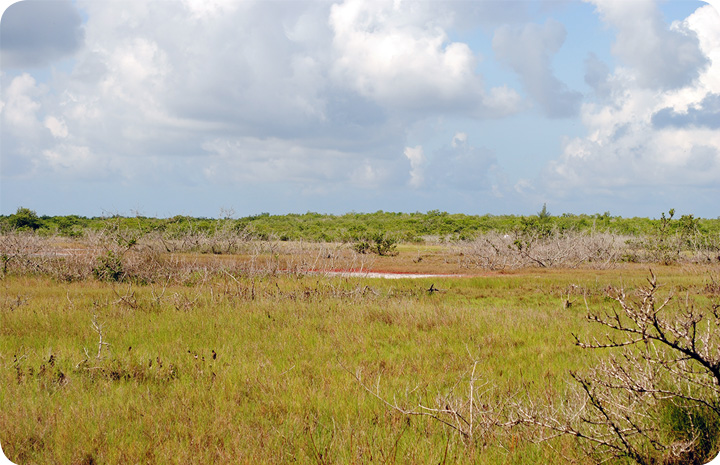 Along Florida’s coasts, in the zone between the water and the land, are salt marshes – areas dominated by non-woody plants that can tolerate regular inundations of salt water. Saltbush, marsh elder, needle rush, and cordgrass are commonly found. Mangroves can also be present in the southern half of the state. Salt marshes are some of Florida’s most productive habitats, providing food and shelter for a dizzying array of animals, including some commercially important species. Blue crabs and shrimp get their start in the protected waters of the salt marsh. The presence of so many smaller animals attracts larger species that feed on them, including raccoons whose distinctive footprints can often be seen in the mud. Butterflies are drawn by the thousands to flowering salt bush in the fall. Reddish Egrets and Roseate Spoonbills are very charismatic residents of salt marshes.