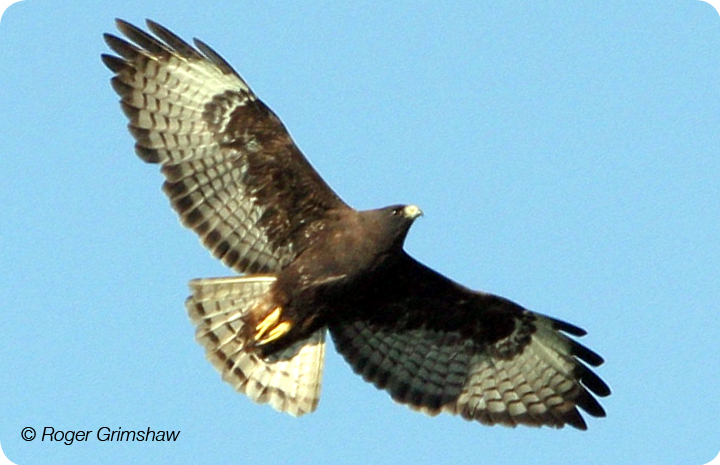 In the United States this small tropical hawk can only be found in Florida. It is an uncommon but widely spread species occurring most commonly in the southern half of the state. Unlike its close relatives, the Red-tailed and Red-shouldered Hawks, the Short-tailed Hawk fees mostly on small birds, catching them by dropping from the sky and taking them by surprise. They will nest in a variety of wooded habitats adjacent to or near large expanses of open prairie, farmland or marsh. The Short-tailed Hawk has two distinct color phases, dark and light, and mated pairs can be a mix or the same. Records suggest that the dark phase is more common in Florida.