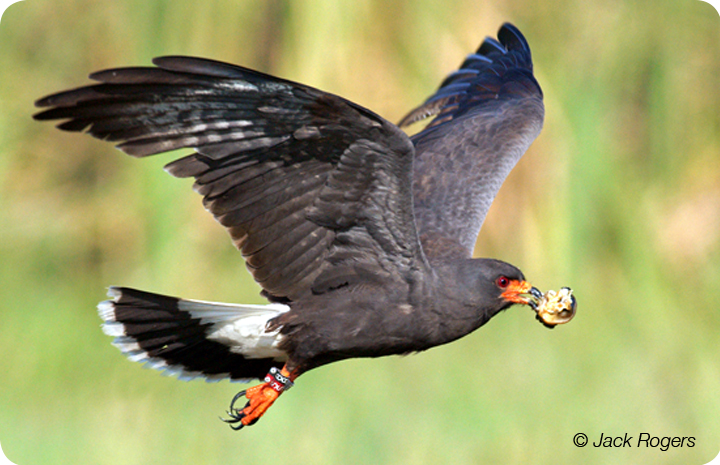 This federally endangered raptor was once known as the Everglades Kite and was once much more common than it is today. Their diet consists primarily of apple snails, which they snatch from the water in flight. They will then fly to a favorite perch, grip their talons around the shell and deftly pluck the meat from within, using their specially adapted bill. During the winter, Snail Kites may form communal roosts in both cattails and willow stands. During the nesting season kites build their nest in short trees or in dense stands of cattails and bulrush. They are very vulnerable to inclement weather and disturbance by boaters during the nesting season. Nest sites are posted by wildlife officials; to avoid disturbing nesting kites you should stay at least 500 feet away from a posted sign.