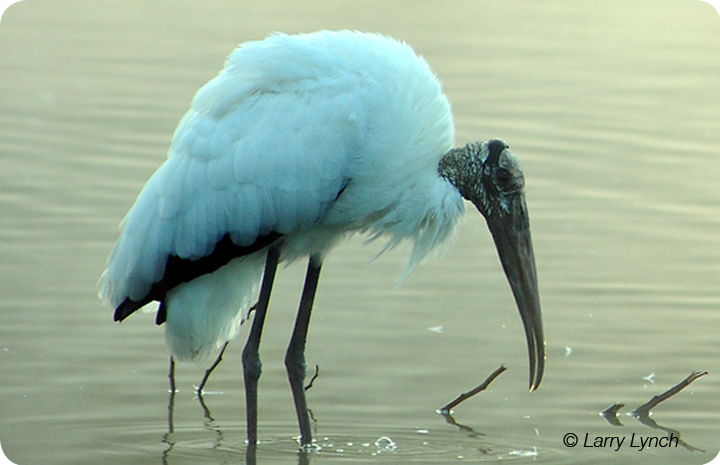 After 30 years on the federal endangered species list, the Wood Stork has recovered enough to now be considered threatened. This species is highly dependent on wetlands, so efforts to create and save wetlands across the state have helped its numbers. Wood storks prefer to nest near seasonal pools of water where there are fish and aquatic invertebrates. As the season wears on, the pools dry up and become smaller and smaller, concentrating the prey. This makes it easier for the adults to catch the large amounts of food needed for their rapidly growing chicks. Their featherless, gray heads make it easy to see that birds are highly evolved dinosaurs!