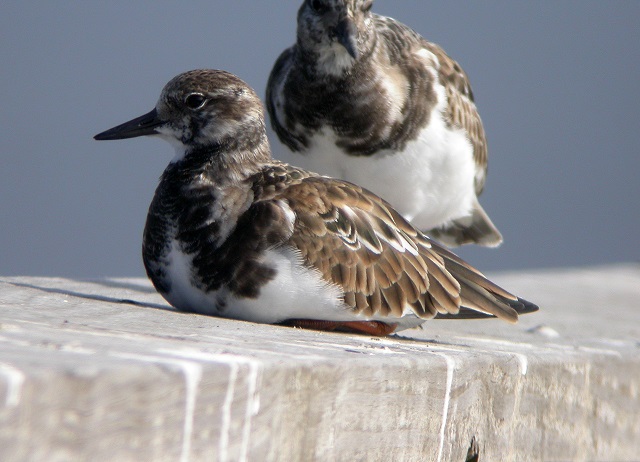 At the northernmost point on Florida’s Atlantic Coast, separated from Georgia by the St. Marys River, lies our northernmost gateway. Over 250 species have been recorded at this “must-see” park. As you follow the canopy road from the entrance, stop periodically and check the hammock and neighboring marsh for songbirds; 25+ species of wood-warbler have been recorded. Shaded bicycle and foot paths parallel both sides of the entrance road for several miles. Stop by the visitor center at the Civil War-era fort to borrow binoculars if needed, or visit the Birding and Wildlife Trail’s pavilion at the fishing pier/jetty parking lot to pick up information about the trail. The covered pavilion has several “bird windows” which permit close observation of Painted Buntings (breeding) and Common Ground-Doves at the feeders and bird bath in spring/summer and sparrows in winter. Be sure to walk the fishing pier alongside the rock jetty to see a plethora of coastal species. A few Purple Sandpipers usually spend the winter on the rocks. Scope the surf for wintering sea ducks and loons; all three scoters are recorded annually and Common Eider, Long-tailed Duck and Red-throated Loon are near annual. When the wind is blowing onshore pelagic seabirds are also possible; Northern Gannets are common in winter. There have been some spectacular winter rarities recorded from the jetty; a male Harlequin Duck was present in 2013/14, Florida’s 4th Thick-billed Murre was spotted in 2012, and several Razorbills in 2012/13.