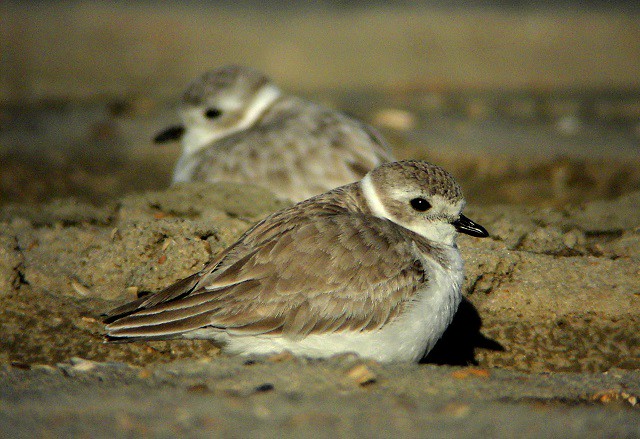 This oceanfront city park is one of the best birding sites on the east coast of Florida; 251 species of bird have been recorded. Part of the park has been long designated as Fort George Inlet Critical Wildlife Area for breeding terns and shorebirds, and is roped off when they are nesting. The beach is also an important resting area for terns, gulls and skimmers by the hundreds, and a good variety of shorebirds feed and rest on the beach and exposed mud flats. The park serves as a vital staging area for endangered Red Knots, which migrate 9,300 miles between Tierra Del Fuego in Chile and their nesting grounds above the Arctic Circle. In fall, the beach is a good spot for Lesser Black-backed Gulls, and both Glaucous and Iceland Gulls have been recorded in winter. Look offshore for Northern Gannets and sea ducks such as Greater Scaup and Red-breasted Merganser can be seen from late fall through early spring. Over the years Huguenot has attracted some very rare birds including Florida’s first Greater Sand-Plover in May 2009. Other rarities recorded include Bar-tailed Godwit, Razorbill, Lapland Longspur, Snow Bunting, Red-throated Loon, Red-necked Grebe, and Purple Sandpiper. Beach driving is allowed in some areas; however, in the summer the beach can be thoroughly packed with vehicles, some of which get stuck and swept away by the tide!  Click here for more information about the Fort George Inlet Critical Wildlife Area.