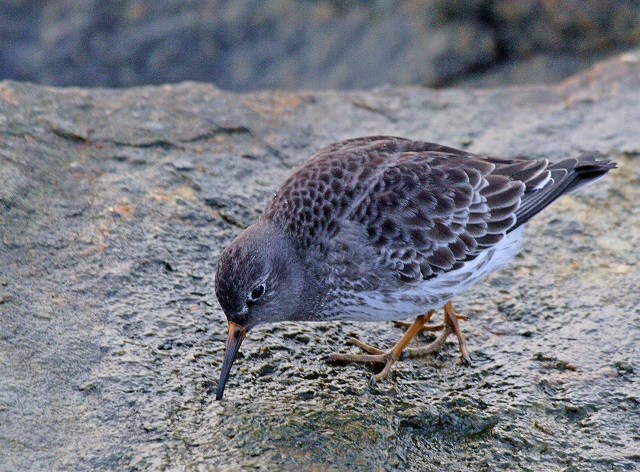 This site lies on the north side of the Ponce de Leon Inlet and offers excellent year-round birding. Over 220 species of birds have been recorded here including many memorable rarities such as Masked Booby, Great Cormorant, Razorbill, Sabine’s Gull, and Franklin’s Gull. The rock jetty, with its paved, wheelchair-friendly walkway, is a well-known site for Purple Sandpipers in winter; they often hangout with the many Ruddy Turnstones that frequent the site. A series of boardwalks pass through coastal strand out to the beach for additional viewing opportunities. Check for Northern Gannet from October to April; sometimes more than 1,000 are observed at a time. Raptors such as Peregrine Falcon and Merlin pass through in the fall; a few peregrines even spend the winter here. On the park’s southwest side, Disappearing Island and other sandbars are productive shorebird locations at low tide; up to 36 shorebird species have been recorded including Wilson’s, Piping and Snowy Plover. Groups of Bald Eagles sometimes rest on the sandbars as well. Inland, a walking trail and boardwalk wind through maritime hammock to an observation tower on the edge of a salt marsh. The Marine Science Center has bird and sea turtle rehabilitation facilities, interpretive exhibits and educational programs.