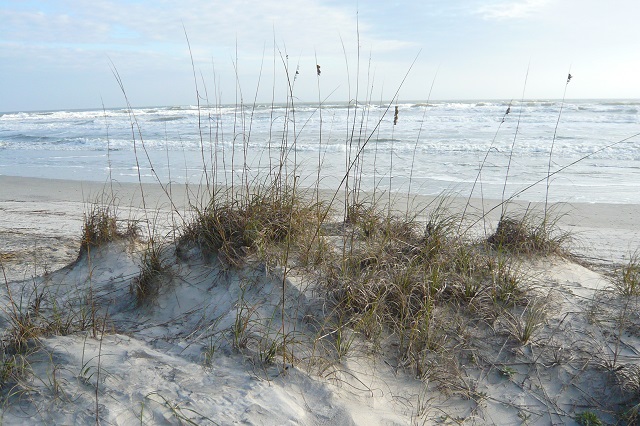 This state park is the center of the public lands on the north shore of the St. Johns River’s outlet to the Atlantic. This should be your first stop before visiting other sites in the area–you can pick up bird lists and maps, and learn of educational programming that may occur during your visit. The park has 7 miles of hiking and biking trails, with one ADA-accessible boardwalk. For a water-based birding and wildlife-viewing excursion, kayak rentals and guided kayak tours of the Talbot Islands are available from the park concessionaire. Little Talbot is an excellent birding spot; be sure to ask at the ranger station for recent Painted Bunting sightings in spring and early summer. The Little Talbot Hiking Trail to the island’s northernmost point is a great location to see buntings, and its hammocks are good for migratory songbirds in season. Large numbers of wintering Piping, and Wilson’s Plovers feed on the pristine beach. Watch offshore from the first beach boardwalk for Parasitic and Pomarine Jaegers chasing gulls and terns, and Northern Gannets are common in the winter. In December 2013, the park became famous when a rare Snowy Owl spent the winter attracting birders and photographers from all over the south east. Other rarities recorded at the park include Common Eider, Black Rail, Red-necked Phalarope, and Green-tailed Towhee. The northern beach area and shoals are designated as Nassau Sound Islands Critical Wildlife Area.  Portions of the beach and emergent islands are posted closed during the breeding season and other times of year for protection of migratory birds, such as Piping Plovers and Red Knots.  Click here for more information on Nassau Sound Critical Wildlife Area.