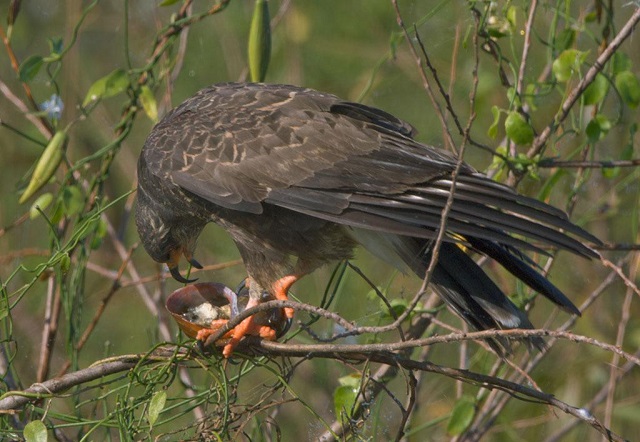 This remarkable island conservation area on upper Lake “Toho” is only accessible by boat. From Kissimmee Lakefront Park, the island can be reached in approximately 20 minutes by motorboat or roughly one hour by canoe/kayak. Getting there is half the fun! Both Snail Kites and Limpkins patrol Lake Toho’s emergent vegetation in search of native (and increasingly non-native) apple snails. En route, the lake may yield Common Loons, American White Pelicans and Bonaparte’s Gulls in winter, plus resident Fulvous-whistling Ducks. When you reach the second island (Paradise Island), head west and take a detour up picturesque Shingle Creek, a blackwater, cypress-lined channel home to Limpkins and Belted Kingfishers. Return to the lake and continue southward to the west side of the third island. Mammoth live oaks greet you upon arrival here at Makinson Island’s boat dock (check here for migrants in spring and fall). A 2-mile loop trail on the southern end of the island winds through open areas and a sabal palm/hardwood hammock. Songbirds such as Loggerhead Shrike, White-eyed Vireo, Eastern Phoebe (winter) and Gray Catbirds may be encountered. Guided walks are offered several times per year, and camping is permitted on the island by reservation; contact the Osceola County Parks Division for details.