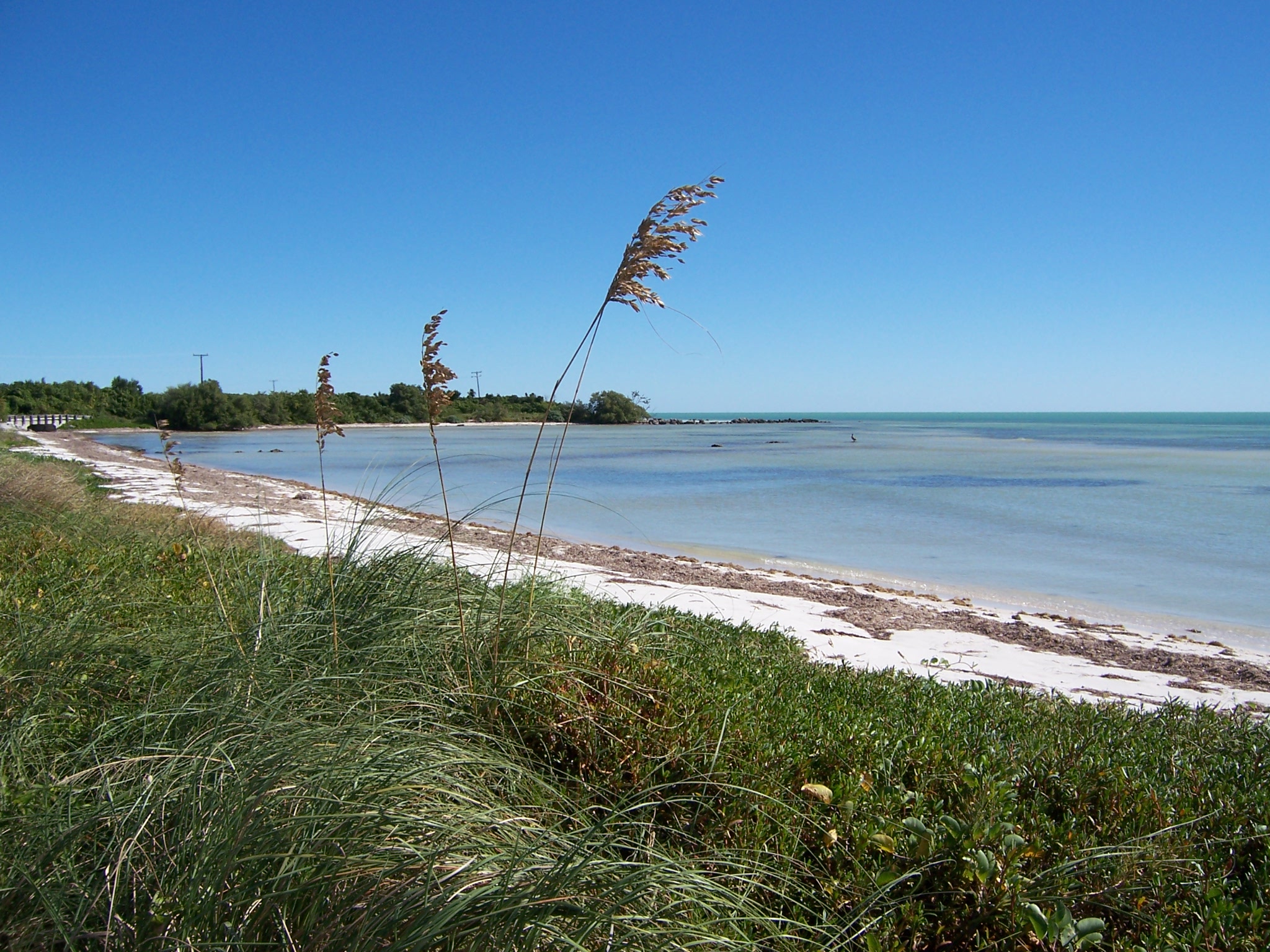 This site offers the best of Keys’ birding habitats: tropical hardwood hammock, coastal berm and beach/dune communities. Walk or bike the roadway slowly while watching the sea grape and poisonwood trees for White-crowned Pigeons. During fall migration and in winter look for wood-warblers; 30 species have been recorded in the park and several species including Cape May have wintered. Low tide along the beach offers flocks of Ruddy Turnstones and Yellow-crowned Night Herons feeding in the wrackline. Take the trail up onto the decommissioned bridge for a gull’s-eye view of the bay and ocean; hawk watching here is good in September and October. The bridge also provides opportunity to peek into the tops of the tropical trees and see migrants such as Yellow-billed Cuckoo and American Redstart. Like many other sites in the Florida Keys, Bahia Honda has provided refuge for Caribbean vagrants; in 2015 both Bananaquit and Black-faced Grassquit were spotted.