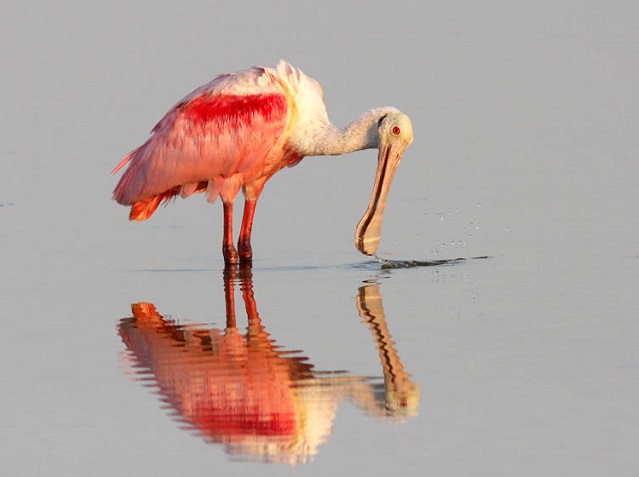 Listed among the top 10 beaches in the world (for humans), this site is best birded early in the morning or later in the evening when it is quiet and less crowded. Over 200 species of birds have been recorded here. Walk the beach in either direction from the parking area, sharing the white sand with a plethora of shorebirds such as Willets, Dunlin and Ruddy Turnstone. Piping Plovers may be present during the winter months and both Snowy and Wilson’s have been spotted. Migratory shorebirds such as Whimbrel, White-rumped Sandpiper and Wilson’s Phalarope have also been recorded. Overhead, watch for Least Terns as they dive the surf alongside Brown Pelicans and Ospreys. Wading birds like Reddish Egret and Roseate Spoonbill show up occasionally and several rarities have been spotted by keen-eyed locals; Red-necked Phalarope, Razorbill, Sabine’s Gull, Bridled Tern, and Elegant Tern have graced the beach and water. Other birds to look for include Saltmarsh Sparrow (winter) and Gray Kingbirds (summer).